It provides an analgesic and anti-inflammatory effect in arthritis, arthrosis, and osteomyelitis. It decreases the pain and inflammation and decreases the stiffness of the joints more effectively than conventional non-steroid remedies.

Data of treatment of pregnant animals are not available, no restrictions known during lactation.  Side effects are unknown

Pharmacological and Clinical action: Following the oral administration of a single dose. about 50% is absorbed from the G.I. tract, and plasma peak levels can be observed after four hours. Metabolism starts with the formation of glucuronyl / sulfuronyl conjugates which are recovered from the bile. Asiaticoside is hydrolyzed to Asiatic acid by the intestinal flora. Conjugated triterpenic acids undergo enterohepatic circulation and are recovered in the feces as unchanged Asiatic acid, probably due to the hydrolysis of the conjugate by the intestinal flora. Almost total elimination occurs in 72 hours via feces and about 2% is eliminated via urine.

Centella asiatica: It reduces vascular permeability by enhancing the integrity of vascular endothelial cells and improves microcirculation. Asiaticoside is also known to improve mucopolysaccharide metabolism and improve Glycosaminoglycans synthesis especially that of Hyaluronic acid and chondroitin.

Curcuminoids are extracts derived from the rhizomes of Curcuma longa. The major biological property of curcuminoids is their anti-inflammatory activity, comparable in strength to steroidal drugs and non-steroidal drugs like indomethacin and phenylbutazone.

Curcuminoids are known to have displayed topoisomerase 1 and 2 enzyme inhibition activity. Curcuminoids inhibit enzymes which participate in the synthesis of inflammatory substances in the body and are derived from arachidonic acid like prostaglandins and prostacyclines. The overall anti-inflammatory action of Curcuminoids is also related to their well-known antioxidant properties.

The anti-inflammatory properties of Curcuminoids were tested in a double-blind clinical trial in arthritis 6, and the therapeutic effects were proven to be as effective as phenylbutazone.

Curcuminoids have been shown to inhibit lipid peroxidation, a phenomenon associated with antioxidant as well as anti-inflammatory activities.

Boswellia serrata: The extract of Boswellia serrata inhibits the leukotriene biosynthesis in neutrophilic granulocytes by a non-redox, non-competitive inhibition of 5-lipoxygenase. The effect is triggered by Boswellic acids that bind to the enzyme.

There are no reviews yet.

Only logged in customers who have purchased this product may leave a review. 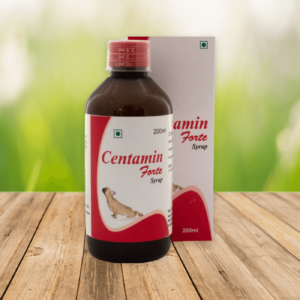